data-redactor-wrapper=”1″>Today I had a private fishing charter, a father and son from Russia. Both of them are huge fans of my You Tube Channel and from what they tell me they have been watching my videos for years. Their whole family has been in LA for a week for a events the kids were part of. With all that over they hired me to take them out for a day of local fishing. After baiting up with Nacho we headed out to the Gambler and started catching some fish. After an hour there things slowed down so we worked our way down the line fishing one wreck or rock pile after another. As the day went on the fishing got better. We released most of the fish we landed, but they did keep a few fish to be cooked up by the chef at the hotel they are staying at. We landed fish on both live anchovies and on B52 bucktails pinned with dead squid. We had perfect weather, but because of the tides we didn’t get a chance to fish at high tide, but we still did great. They is no reason not to be fishing right now, The fishing this month has been great! It’s also nice to know I have a few fans in Russia.
Nacho told me today that the bait barge will be closed from 02/17 until 5PM on 02/19 because the Navy will have the whole area closed because they will have have large War vessels in the area. 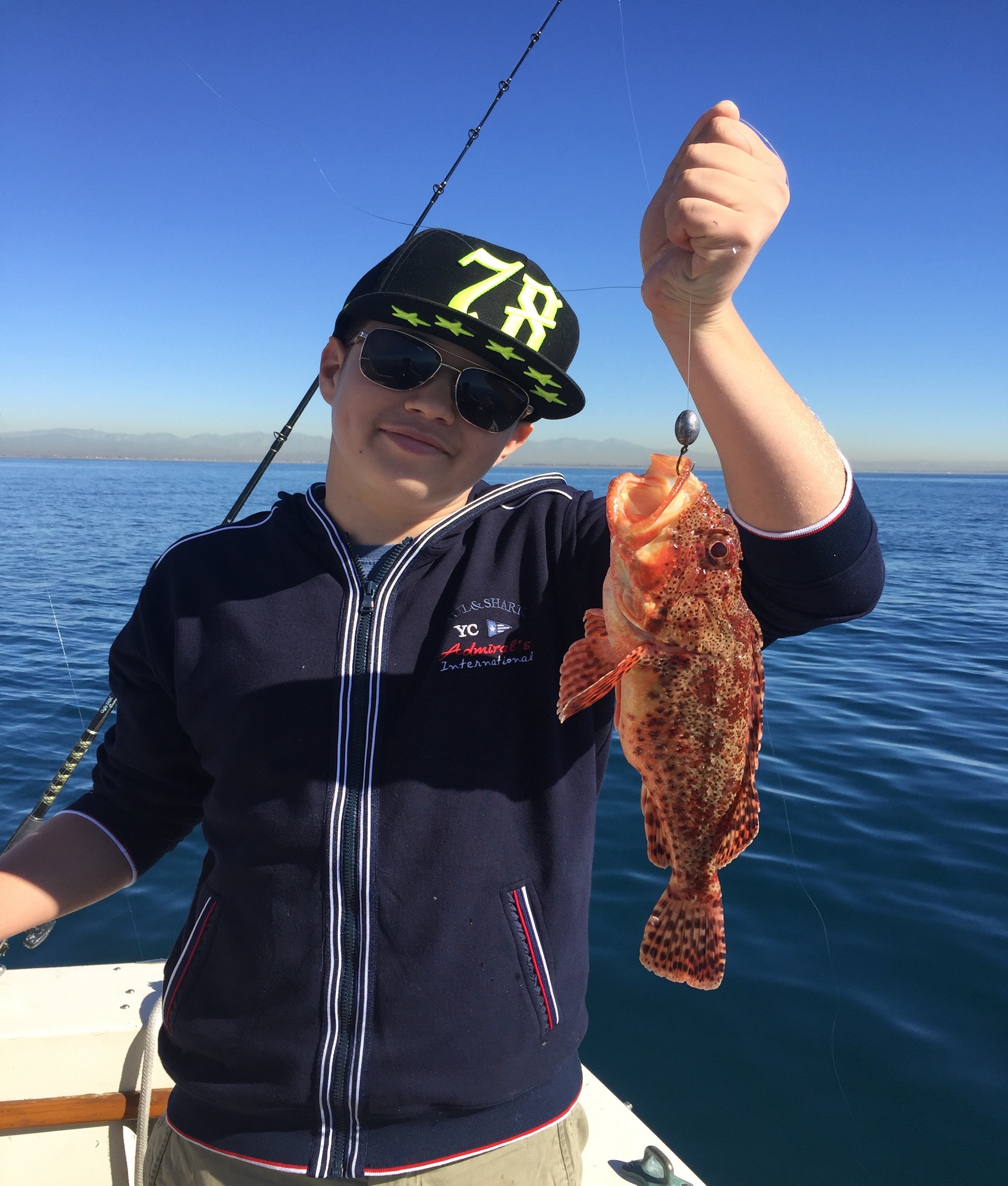