Last night Feb 21st we started filming for our 29th season on TV, it was a lobster fishing trip aboard the Gail Force out of San Pedro. We left at 3PM and made to ride over to the island, the weather was a little bumpy, but it made it there fine. Around 5:15 the crew started to drop the nets into the water. We were a ways off the island so I went into the wheelhouse and talked with Capt. Joel to find out how deep we’d be fishing. I was surprised to find out we were dropping the nets in 300- 350 feet of water. The crew added ten pounds of lead to nets to help them stay in place. Around an hour we started pulling them up. At the first round we had 30 legals in the boat and by the end of the 3rd round we had over 60 legal lobsters. Not everyone limited out, but most of the people did. We had two nets come up with ten legals, it was really awesome to see so many legal lobsters in one hoop net. the weather improved and we had flat seas for the ride home. Here are a few pictures from our trip. Joel told me they are all sold out for this week, but they do have some open spots for the first week of March. If you want a shot at getting a limit of lobsters before the season ends, I’d suggest you contact the Gail Force and book a spot on one of their Catalina lobster trips. 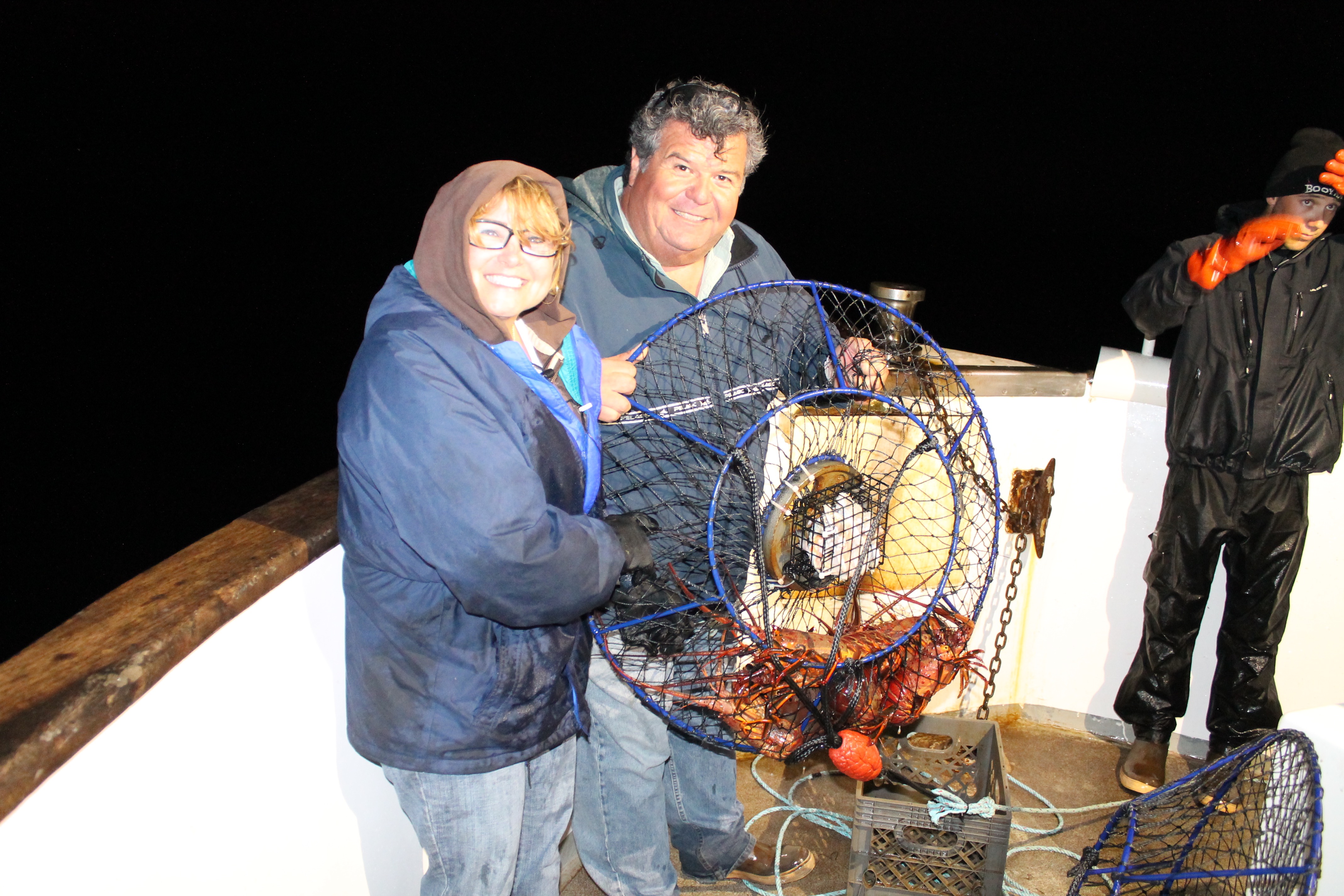 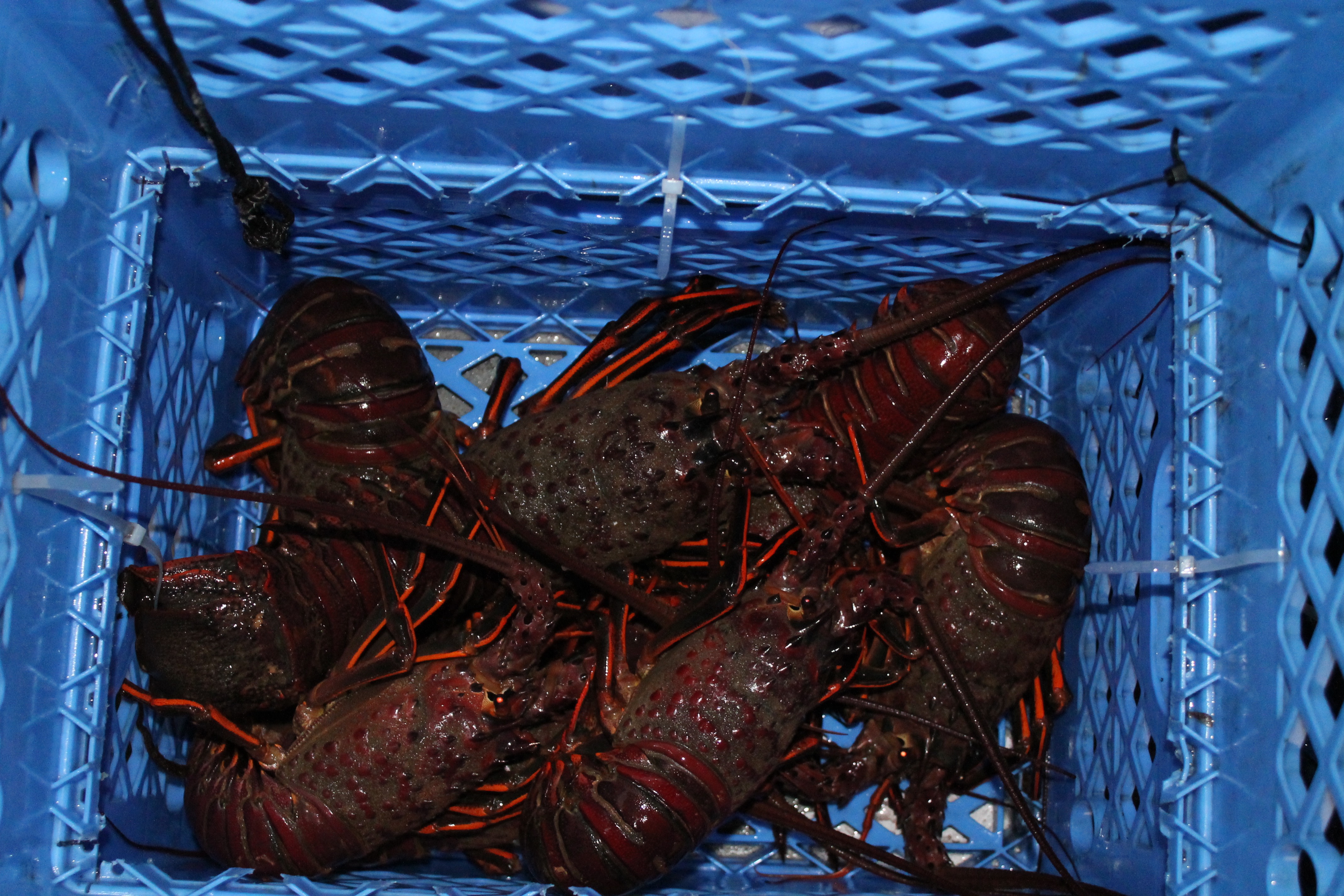 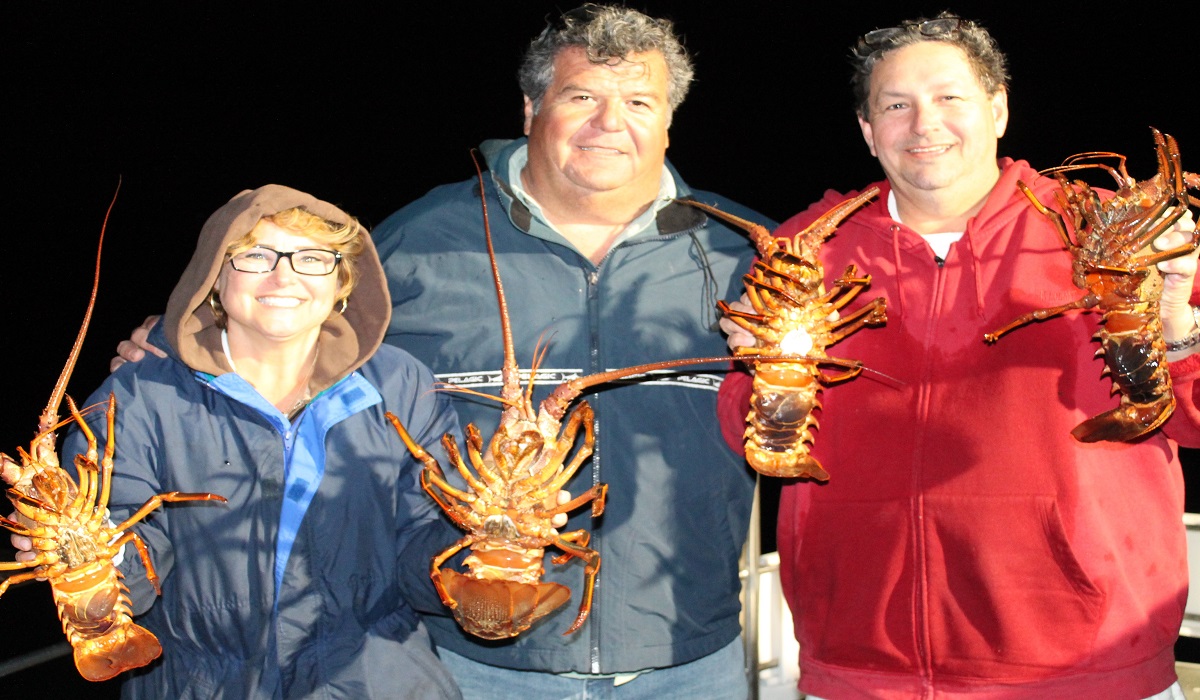